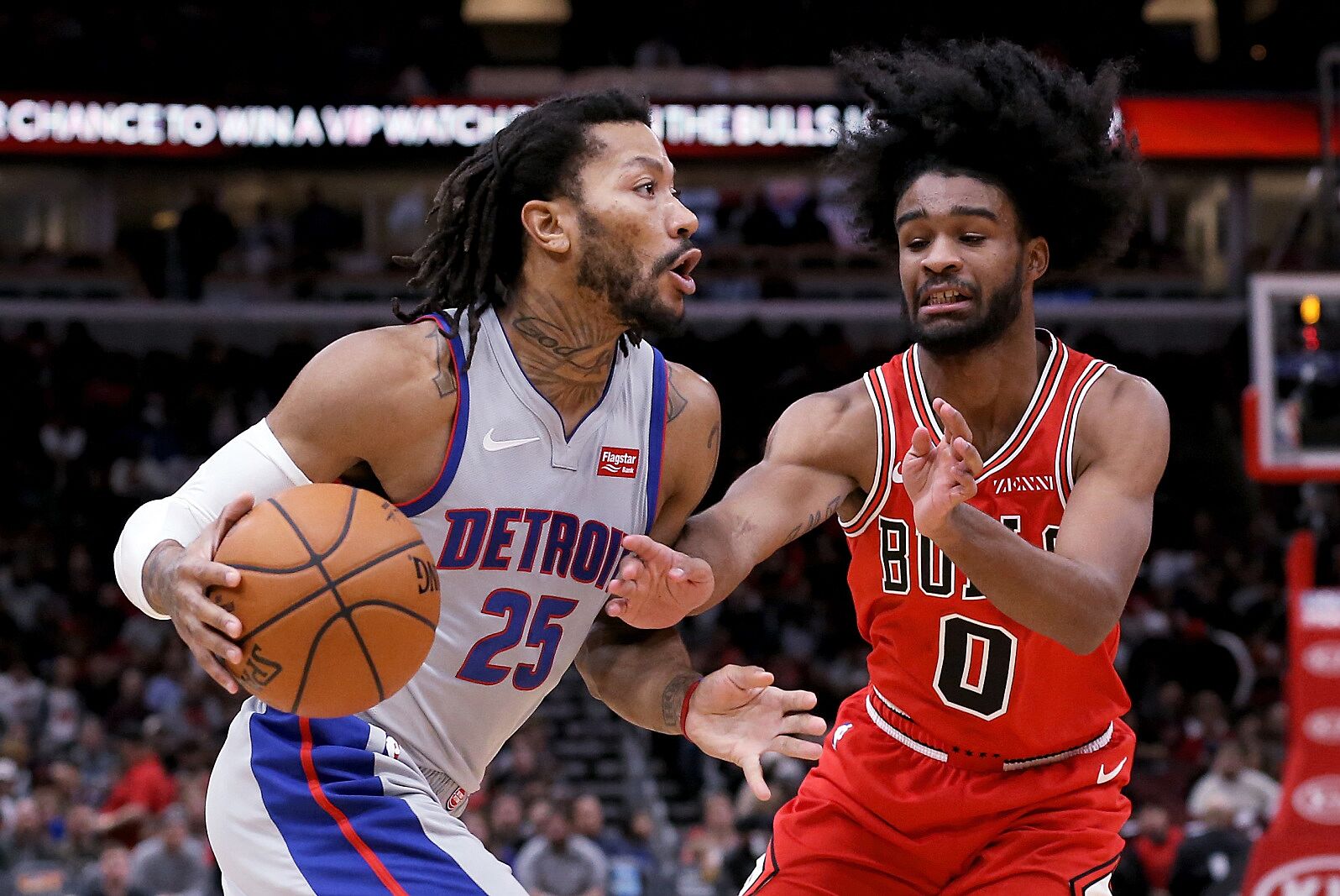 The Detroit Pistons lost their fifth consecutive game tonight against a struggling Chicago Bulls team. Things are beginning to fall apart for the Pistons.

As we slowly begin to approach the quarter-mark on the season, the Detroit Pistons are in really rough shape. While admittedly some of their struggles can be reasonably chalked up to the sheer number of injuries they’ve dealt with, there’s also a large portion of their issues that can be accredited to one fact: this team has an issue with their ability to compete and stay engaged.

If there’s ever a point in this season where it begins to look like the Pistons should consider the inevitable and rebuild this team from the ground up – we’re arriving at that point.

Dread it, run from it, destiny arrives all the same.

The Bulls are struggling about as much as Detroit is. Coming into this game, they were on a losing streak of their own at three games. It was largely assumed that given the Pistons four days off between tonight and their previous game, maybe the team would look sharp on both ends of the floor.

This was not the case.

Blake Griffin is clearly still struggling to rehabilitate one of if not both of the injuries that sidelined him for the opening 10 games of the season. His explosiveness and the lift on his jump shot were both lacking tonight, and at times it appeared as if the Pistons’ offense was marginally better with him on the floor.

Derrick Rose however, was exceptional. His presence on the floor has been essential all season thus far, but was at its peak tonight. Through three quarters, when Rose was on the floor the Pistons were shooting 55 percent from the field. When Rose was off the floor, Detroit was shooting just 18 percent as a team.

Rose scored 18 points on 45 percent shooting and was one of the only productive pieces of Detroit’s offense tonight.

Next: Finding unexpected value
Next1 of 3Prev post
Use your ← → (arrows) to browse
Load Comments
Event Tickets
Powered by StubHub
Top Stories